Crude oil suffered from hefty losses across the board following Saudi Arabia’s decision to cut oil prices in the US in an attempt to boost its share in the US market. Since then crude oil prices (WTI and Brent) extended their weakness, raising concerns amongst global investors.

On the 27 November, 2014 the Organization of  the Petroleum and Exporting Countries (OPEC) will convene in Vienna to discuss the recent fall in crude oil prices.

In the following analysis we will provide our trading strategy and predictions for the OPEC meeting outcome.

In order to determine crude oil trend in global markets we must first understand what is behind Saudi Arabia’s actions, which were the fundamental trigger for the current weakness in crude oil prices.

The official reason is to increase its competitiveness in US markets due to the shale crude oil extraction.

We believe there is more behind the price cut than shale crude oil production as many analysts express.

There is a global effort to dismantle the Islamic State (IS or ISIS) in Asia, particularly in Iraq and Syria.

According to the latest reports the Islamic State is controlling six oilfields that are used for their smuggling operations.

The Islamic State smuggles crude oil produced at the oilfields to Turkey, Jordan and Iran by selling crude oil for half its price and even less, earning millions of dollars per week.

We therefore believe Saudi Arabia, the world’s largest crude oil exporter, knew their decision to cut oil prices in the United States will spiral out of control.

In our views, this is an effort to harm the Islamic State’s capital flow and we tend to believe it was coordinated with other major countries.

To simplify the complexity of the matter, these are the 12 country members in OPEC:

Based on our assumption, Iraq, Iran, Saudi Arabia, Kuwait, Libya and Algeria will vote not to cut oil production, which will stabilize the fall in crude oil prices. 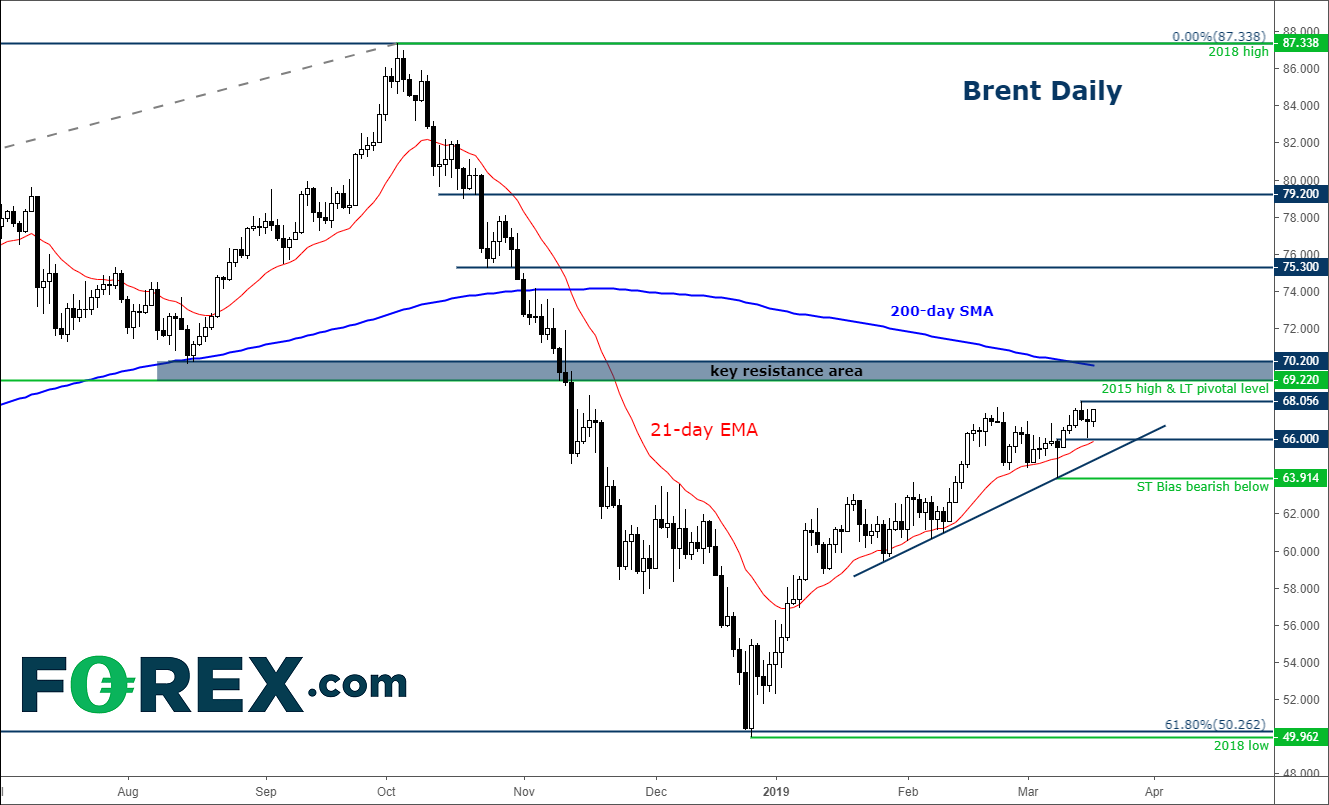 These are half the members in OPEC. The wildcard is Qatar.

It is has been speculated that the Islamic State was originally funded by high-net worth investors in Qatar until ISIS was able to produce its own funds from the crude oilfields.

It is very likely Qatar would vote along with the 6 members to vaporise the foul stench of allowing those investors to freely transfer the funds to the Islamic state.

We are perfectly aware of the recent comments that are made in the media by OPEC members but would like to quote Al-Naimi, the Saudi Arabian minister of Petroleum and Mineral Resources, “Prices are always fluctuating. This is a normal situation.”

To conclude the above, we see no logical reason for OPEC to take any action as the members’ majority may be inclined towards a low crude oil prices. 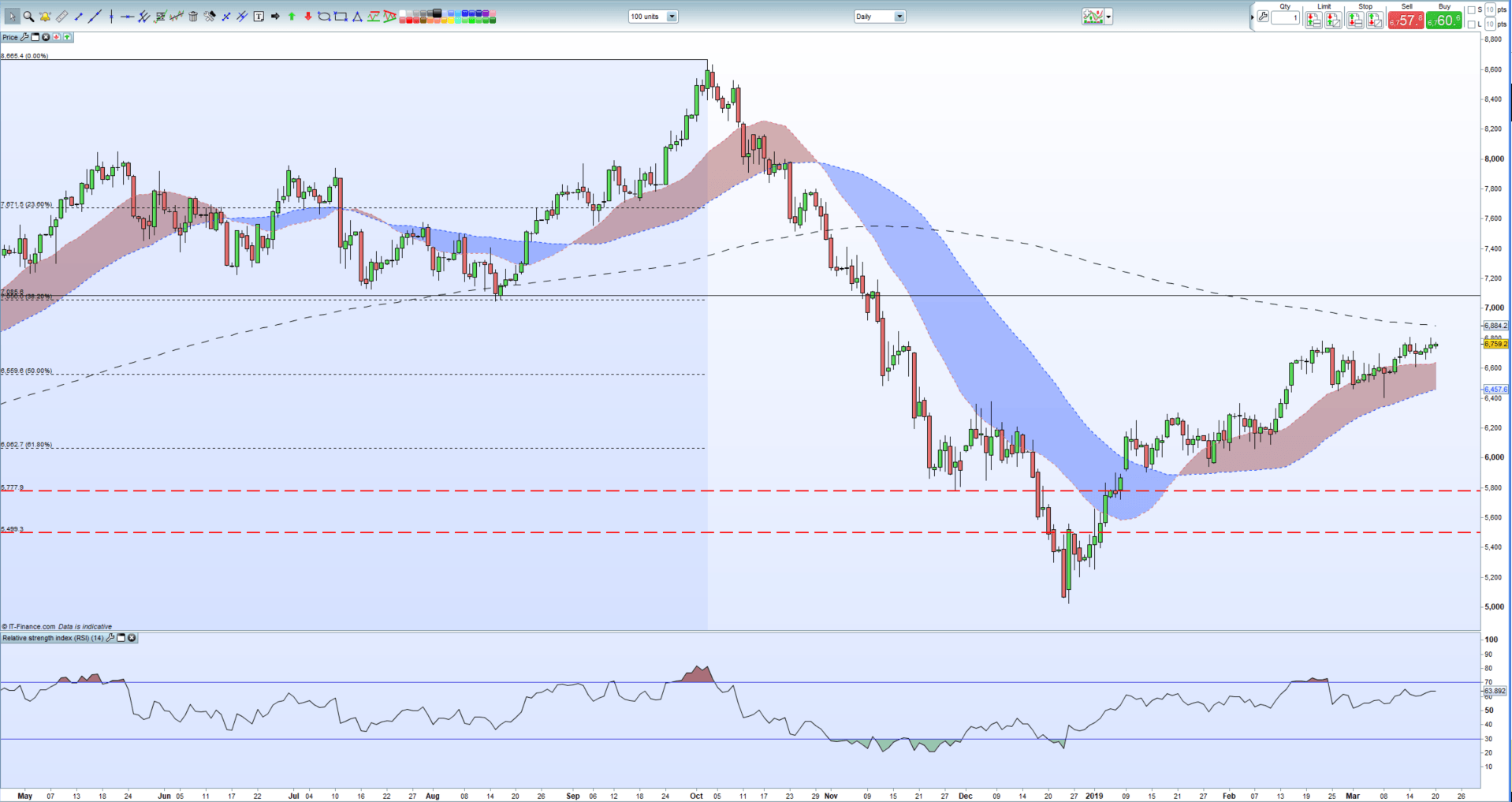 at the time of this writing. To seek a further confirmation to our outlook we will cover the US crude oil charts to determine if there is a technical entry in the market.

The technical analysis is based on the monthly and weekly charts.

The key appears to be within the 50% Fibonacci level, which is often deemed as a natural correction to moderate gains/losses in the market.

It is of course insufficient to execute neither a short or a long trade in the market but does make room for a possible bullish correction.

Although the analysis was made on a monthly and weekly charts, the technical correction we are referring to is snap rebound following on the re-test before a resumption of the downtrend, which was initially triggered when the support level (in black) was breached.

This rebound, should it occur, may be capitalized via an intraday level.

Countries With the Largest Oil Reserves

Similar to US crude oil, the downtrend is expected to resume towards 72.00 but a possible bullish correction from current levels cannot be ruled out. We researched the market and found a possible event before the OPEC meeting that could spark a short-lived rally in crude oil prices. 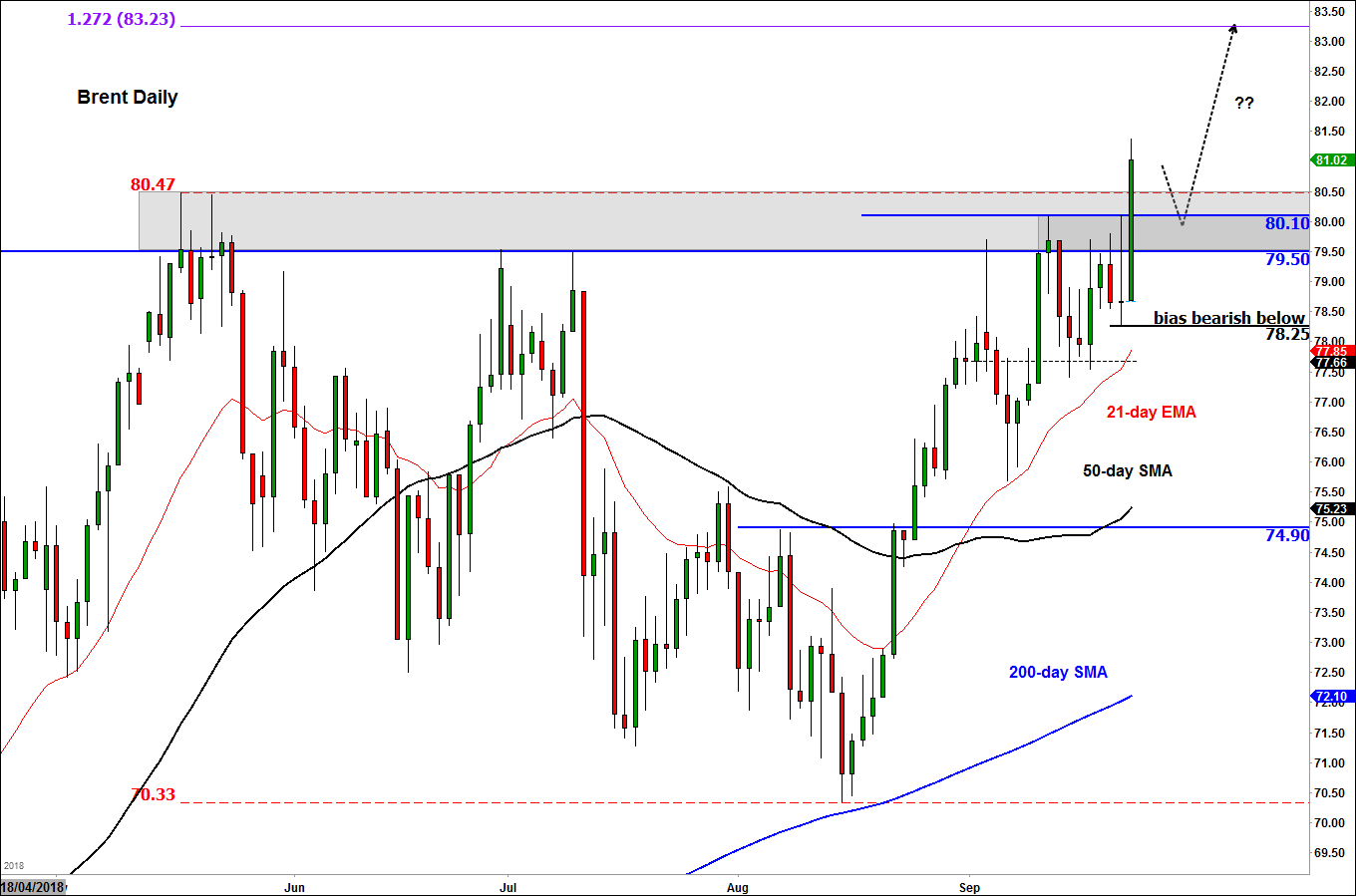 On the 24 November, 2014, Iran nuclear negotiations will expire. To recap.

Many predict the negotiations will not bear any fruit, which if materialize may result in further sanctions against Iran.

The other alternative scenario aside a miraculous agreement is an a request for an extension to the negotiations talks by Iran. We find it however difficult to believe it will be accepted.

What may happen as we near the 24 November is comments by Iranian officials, similar to the Strait of Hormuz threats as we have witnessed several years ago.

The Strait of Hormuz is a strategic checkpoint in which crude oil is transported, connecting the Persian Gulf, the Gulf of Oman and the Arabian sea.

Over 15 million barrels a day are transported through the Strait of Hormuz. It is not in Iran’s interest to spike crude oil prices as we have discussed earlier but if a deal will not be struck the market may price-in Iran’s possible actions to retaliate the threatening sanctions.

As the market is mostly short in crude oil, short covering may be seen ahead of the 24 November or react to any news from the negotiations.

As we are looking for a brief rally with the Iranian deadline acting a possible fundamental trigger for the bullish correction, we see no reason why to refrain from a long trade in crude oil.

It is essential to highlight we do not have a technical entry in both US crude oil and Brent, the trade is based on the fundamental analysis in our research.

Our trading strategy would be to execute a long trade in US crude oil at market price (75.06), protective stop loss order layered at 72.90, targeting 81.00 as our take profit. 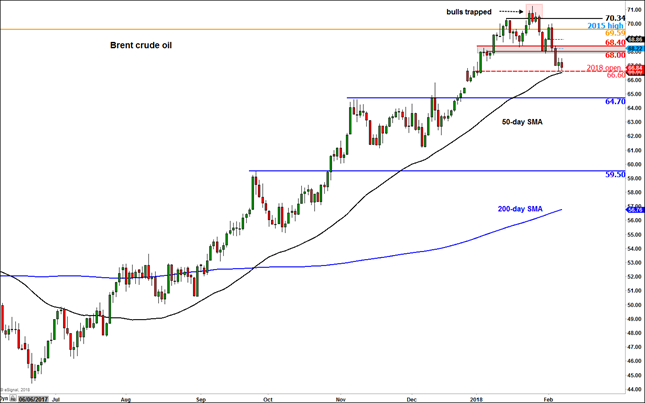 We will continue to update this trade at the bottom of this page, subscribers will be instantly notified.

We are closing 15% of the long trade at market price. We are not making any modifications to the protective stop loss order and take profit.

21/11/14 UPDATE: Crude oil is trading at 76.81 at the time of this writing following the PBOC monetary actions (rate cuts). We are closing 35% of the long trade at market price and shift the protective stop to the entry.

We are closing 15% of the long trade at market price.

25/11/14 UPDATE: The Iranian talks were extended, leaving no room for further gains in crude oil has we have anticipated.

As we have expected, crude oil suffered moderate losses in today’s session, encouraging rating agencies such as Moody’s revised crude oil price to $75. Our long trade was stopped at the entry but we have liquidated a decent profit.

12/12/14 UPDATE: Crude oil prices (Brent and WTI) continue to be heavily sold at the time of this writing,  inline with our trading strategy. Brent is currently trading at 63.10 while US crude oil (WTI) is trading at 59.10.

As all trades are closed this page can now be accessed by all traders.

Open trades and relevant intraday strategies are restricted to members only. We have been providing trade alerts in the Forex market since May 2014.