When Abengoa Yield (ABY) floated on the NASDAQ in June, raising more than $828 million, demand outstripped supply by 17 times.

"We were in an environment of very low interest rates, so many investors that typically invest in products that deliver good yields didn't have many options available."

Yieldcos are a relatively new phenomenon with no official definition: in the US – and in ABY's case – they are firms spun-off from parent companies to own operational assets.

In Europe, they tend to be closed-end funds investing in operational or late-stage projects. Either way, they are listed entities created to offer investors renewables opportunities without significant project risk.

"The success of the ABY IPO, and its after-market performance, opened doors for others to follow" – Jay Suh, HSBC

Jay Suh, managing director of equity capital markets, Americas, at HSBC, was a bookrunner on the deal, along with Canaccord Genuity, RBC Capital Markets and Santander, while Citigroup and Bank of America Merrill Lynch acted as coordinators.

"The stock also surged 25% on the first day of trading with a very solid investor base," he adds.

"We offered an evolution of the yieldco model," explains Soler, pointing out that ABY was the first yieldco with international exposure.

Its peers at the time – NRG Yield, Terraform, Pattern Energy, Transalta Renewables and NextEra Energy Parners – focused on one region, primarily the US, whereas ABY owns assets in North America, South America and Europe.

John Quealy, a Boston-based analyst at Canaccord, covering both Abengoa and its yieldco, says this diversity could be a reason why ABY trades at a discount to some of its peers.

"Some of the realignment at the parent company has impacted that valuation, but investors are also still getting comfortable with the idea of yieldcos that aren't just one geography or technology," he says.

"A lot of investors, given currency movements around the world, want to make sure they understand the implications of that."

But, Quealy adds, ABY has an "incredible edge" over many of its competitors in the long-run, because its parent is a preeminent greenfield developer in the market, meaning it develops projects as well as constructing and operating them.

Soler agrees, saying that the first step to launching a yieldco is critical mass (the consensus from many in the market is that at least 800MW is required before a yieldco becomes viable), but the second is a robust pipeline.

"We were the first yieldco where the entity sponsor is a greenfield developer," he points out, referring to the fact that most of the launches so far have come from utilities. 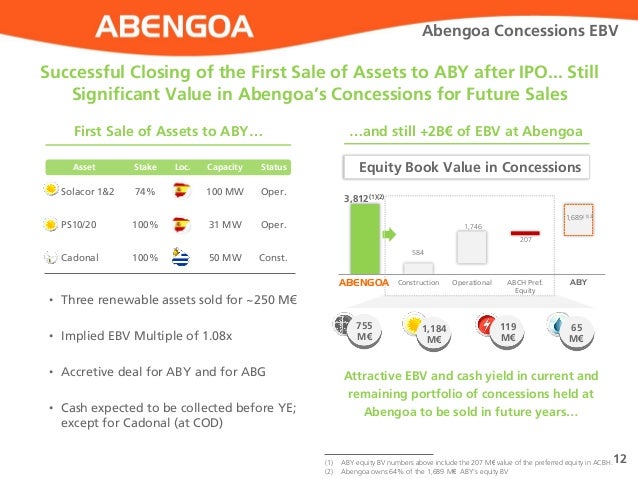 He says this is important because yieldcos are designed to see dividend growth, which is achieved by portfolio expansion.

"If your sponsor is a greenfield developer, you have an entity whose business model is based on continuously building new projects, and that provides you – and the investors – with very strong visibility around the growth opportunities you have ahead of you," he explains.

And Quealy says ABY's 'right of first offer' agreement with Abengoa not only gives ABY a healthy pipeline of assets, "but provides Abengoa with the certainty of a buyer and a reliable time frame to sell … So from a liquidity business cycle perspective it's significantly enhanced Abengoa's capability to monetise assets".

Soler describes the ABY float and its subsequent acquisitions (all 15 of its assets so far were bought from its parent) as "a key piece of the overall Abengoa business model".

In order to keep developing and building new assets, he says, you need a mechanism by which you can regularly recycle capital. "That's what ABY has become: a sort of permanent, automatic mechanism to do that recycling".

And, with SunPower, Canadian Solar, SunEdison, First Solar and more creating yieldcos, or planning to, HSBC's Suh says it is clear that "the success of the ABY IPO, and its after-market performance, opened doors for others to follow". 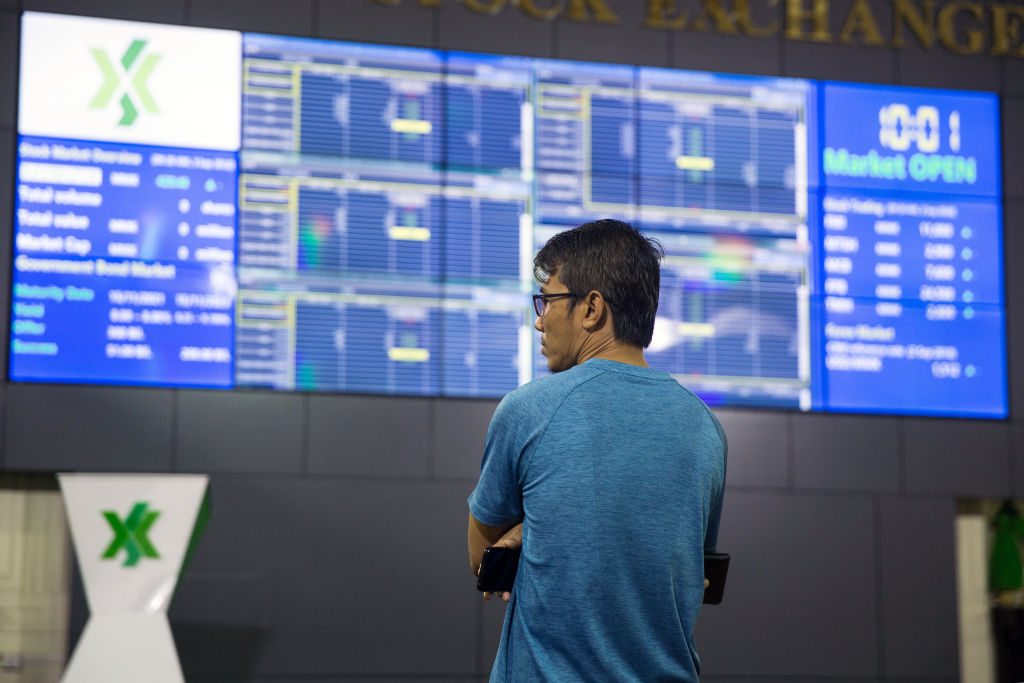