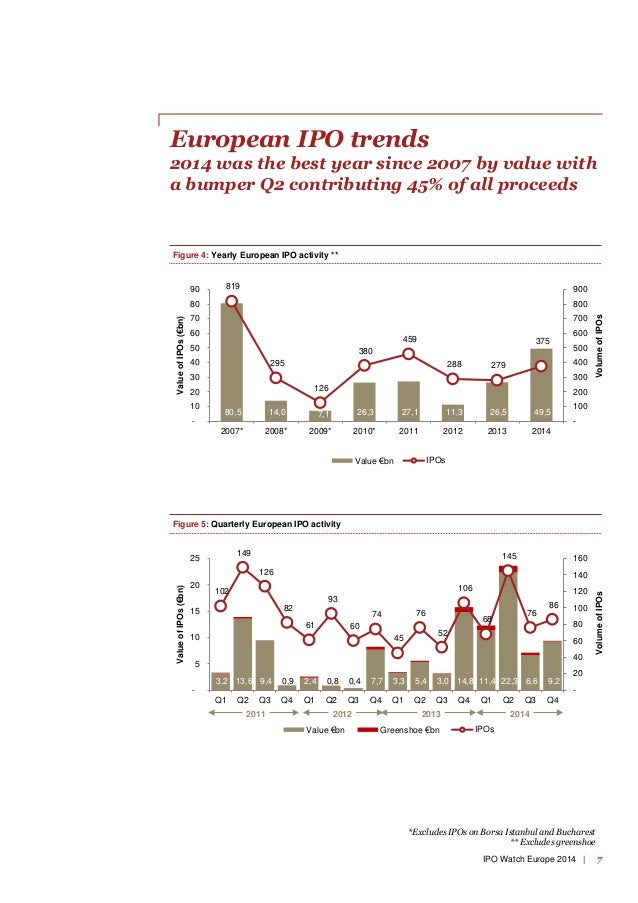 Geopolitical tensions, trade issues between the US, China and Europe, and the uncertainty created by Brexit have slowed down IPO activity globally in the first three months of 2019, according to EY.

The firm’s quarterly report highlights that the positive performance of main stock indices and a decrease in volatility in many markets did little to halt the slump suffered by IPOs.

IPO activity in the Americas was down in the first three months of 2019, with deal proceeds decreasing 83 percent to $3.3 billion from last year and deal numbers falling by 44 percent to 31 IPOs, compared with the same quarter in 2018.

EY notes that this is partly because of the US government shutdown but also the result of different geopolitical uncertainties affecting other markets.

The Asia-Pacific region also witnessed a lull. EY cites continuing trade tensions between China and the US as factors weighing heavily on market sentiment, with the region seeing a decline of 24 percent in deal numbers (to 126) and 30 percent by proceeds (to $8.4 billion) compared with the same quarter last year.

Europe, Middle East, India and Africa (EMEIA), meanwhile, saw deal volumes drop substantially from the first quarter of 2018, with only 42 IPOs raising a total of $1.4 billion in the first three months of this year.

Only 23 companies in Europe and the UK issued IPOs in Q1, raising $0.4 billion, the report states.

What's Next for the Global IPO Market? - J.P. Morgan

EMEIA’s largest IPO in the first quarter of the year was the National Stock Exchange of India, accounting for 94 percent of India’s IPO proceeds and 66 percent of EMEIA’s proceeds.

Cross-border IPO activity in the first quarter of 2019 remained at 2018 levels, accounting for 9 percent of EMEIA companies’ IPO activity.

Technology, healthcare and industrials were the most active sectors in the first quarter of 2019, collectively accounting for 101 IPOs (51 percent of global IPO by deal numbers) and raising $5.4 billion (42 percent of global proceeds).

By proceeds, technology was the strongest sector with $2.1 billion raised (16 percent of global proceeds), the report states.

‘While [the first quarter] is usually a quiet IPO quarter across regions, in 2019 we’ve seen IPO markets sent into a cautious wait-and-see mode as a number of factors collide,’ says Martin Steinbach, EY global and EY EMEIA IPO leader.

‘The dense fog of ongoing geopolitical tensions, trade issues between the US, China and Europe, and uncertainty as to how the UK will leave the EU all slowed down IPO activity in all regions.

As we look to [the second quarter of] 2019, we only need a successful mega-IPO or unicorn from the robust IPO pipeline for the fog of uncertainty to clear and global IPO markets to spring into bloom toward the second half of 2019.'