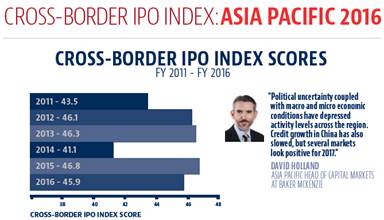 Law firm Baker McKenzie has published its Cross-Border IPO Index for H1 2019, using data sourced from Refinitiv, and says this was mainly because only $85m was raised from 4 initial public offers (IPOs) on African exchanges, down 80% from $419m from 4 IPOs in the first half of 2018.

The numbers exclude mega issues by Africa-focused issuers based outside Africa.

These include $750m raised on 28 June by the IPO for UK-headquartered Airtel Africa (read about the slow first day) which operates in 14 countries; and $196m raised by pan-Africa e-commerce Jumia Group (headquartered in Germany) on the New York Stock Exchange in April, see our article about the share price performance since then.

Jumia sells in 13 African countries and is top e-commerce website with over 15m monthly visitors in Nigeria.

Wildu du Plessis, Head of Capital Markets at Baker McKenzie in Johannesburg, says in a press release: “The drop in African IPO values in H1 2019 was mostly because of political and economic uncertainty on the continent.

Investors wanting to raise capital in Africa are thinking twice and waiting for political and economic stability to return before going ahead. Also eroding investor confidence in Africa are the escalating global trade tensions, which have culminated in, for example, the so-called United States (US) China trade wars and the possibility of a “no deal Brexit” – both have the potential to impact African economies significantly.”

Baker McKenzie says Egypt is generating buzz around its pipeline of IPOs with some speculating this could be the busiest year for listings in Cairo since the uprising in 2011.

Growing confidence in economic policies introduced since the currency float has boosted the Egyptian Exchange (EGX) and is prompting companies to consider share sales.

In April Khalid Abel Rahman, Assistant Minister of Finance for Capital Market Affairs, said the Government was embarking on an IPO programme is to raise EGP100bn ($5.8bn). Mohamed Farid, Chairman of the Egyptian Exchange, said that three private companies expect to launch initial public offerings (IPOs) before the end of 2019,

Baker McKenzie says a large IPO is Carbon Holdings Ltd, expected to raise $250m by selling a 30% stake and listing in London and Egypt.

The company has missed the Q2 timetable mentioned by Karim Helal, Managing Director of Corporate Finance and Investor Relations, in this article last September. EFG Hermes is acting as advisor and global coordinator for the IPO, Baker & McKenzie is local legal counsel, and White & Case is international counsel.

The bank has announced it will offer a 20%-30% of its shares for sale through private placement and public offering.

Baker McKenzie Focus: State of the Global Market for IPOs

Political stability will hopefully begin to return now that country’s elections are over, but there is still a lot of work to do to stabilise the economy.

The World Bank recently downgraded South Africa’s growth rates and I think there is at least another year of hard work before the economy starts to recuperate and capital markets in South Africa recover,” Du Plessis says.

Political instability was also to blame for a big collapse in capital raising in Nigeria in recent years, but the country looks to be recovering”. Baker McKenzie’s recent Global Transactions Forecast predicts more IPOs in Nigeria in the next 3 years. 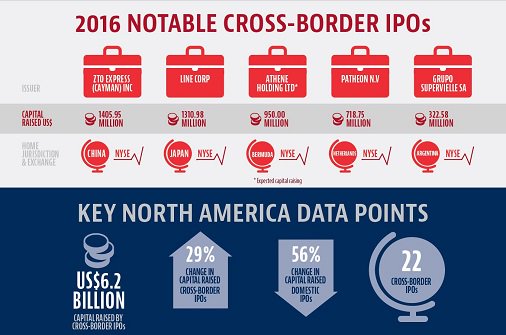 “Hopefully this is the start of a long upswing in capital raising activity in the country,” says Du Plessis.

Not specifically mentioned was the $5.1bn listing of MTN Nigeria on the Nigerian Stock Exchange (see article), which is expected to be followed by a public offering of shares soon.

By sector (details from Baker McKenzie, Enko Capital and other sources)

Energy and power: South African company Renergen Ltd, which produces natural gas and helium, in an IPO in Australia offered 12.5m shares at AUD0.80 to raise AUD10m ($7m) for its Virginia Gas Project in South Africa.

Financial: Banking group Oragroup listed on the Bourse Régionale des Valeurs Mobilières (BRVM) in April after a successful IPO in Oct-Nov 2018, selling 20% of the shares to raise XOF56.92bn ($101.2m) in the largest share offer on the BRVM.
Technology: It was reported by Enko that telco Mascom could do an IPO in Botswana later this year and Econet’s Strive Masiyiwa says it will be in October and will be the biggest listing on the Botswana Stock Exchange, according to this report.

Namibia’s MTC (Mobile Telecommunications Corporation) has announced plans for an IPO in Mar-June 2020.
Real estate: ICON Properties PLC’s IPO last December in Malawi raised $19.3m, and the shares were listed on the Malawi Stock Exchange in January.
Industrial: Skyway Aviation Handling Co (SAHCOL) in Nigeria launched an IPO in November 2018 but only raised NGN1.2bn ($3.4m) compared to a target of NGN1.9bn ($5.2m) despite extending the offer until January.

It listed on the Nigerian Stock Exchange on 24 April.
Healthcare: Speed Medical SAE raised EGP21.5m ($1.3m), less than half its target in a domestic IPO before listing on the Egyptian Exchange in April. Consumer: Eastern Tobacco, listed on the EGX, announced in March that it had raised EGP1.7bn ($104m) through offering 4.5% of its shares in public and private offers.

The Africa picture mirrors a global 37% fall in capital raised through IPOs in global markets, compared to the first 6 months of 2018.

According to Baker McKenzie, a total of $69.8bn was raised across 514 IPOs, which is the lowest for value and volume since 2016. The US Federal government shutdown, continuing trade tensions between the US and Beijing, the ongoing Brexit saga and the decline of mega IPOs all contributed to a slower market performance.

“With fewer IPOs in the market, competition amongst exchanges is growing, as some listing locations make strategic changes to entice public offerings. The introduction of China’s Science and Technology Innovation Board looks set to shake up the market and challenge New York and Hong Kong for tech listings. “

significant political issues stifled activity, along with a change in investor sentiment towards risk – particularly among pre-revenue companies.” The decline “is perhaps skewed slightly when compared to the stellar performance seen in the same period in 2018. 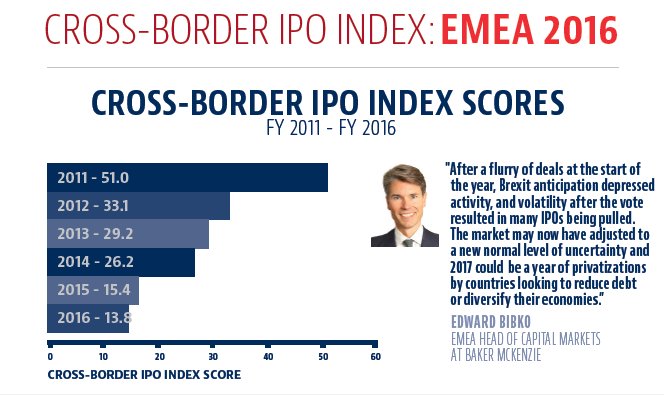 With a strong pipeline, H2 2019 looks set to deliver a much more prosperous performance overall.”

The EMEA IPO market struggled during the first 6 months of 2019 due to uncertainties surrounding the UK’s exit from the European Union.

HOW WE CAN HELP

Cross-border activity was even more profoundly impacted with only three listings in EMEA and only one of those on the London Stock Exchange. Domestic activity levels helped the London Stock Exchange to retain the top spot for overall capital raising at $2.7bn from 12 listings. Seven of these listings were from the financials sector and raised almost $2bn, the largest of which was Network International’s $1.4bn IPO.

Second to London was Borsa Italiana with $2.3bn from 7 listings, boosted by the $2.2bn Nexi SpA listing.

SIX Swiss exchange pulled in $1.9bn from 2 IPOs, with Stadler Rail’s debut accounting for $1.3bn of that.

Despite its sluggish performance, EMEA is proving to be the region of choice for FinTech listings, particularly in the payments field, as the age of digitization and cashless transactions continues to explode, fueling the need for innovation and technological growth.

FinTech listings accounted for more than a third of capital raised and the largest listing was Nexi SpA’s IPO. 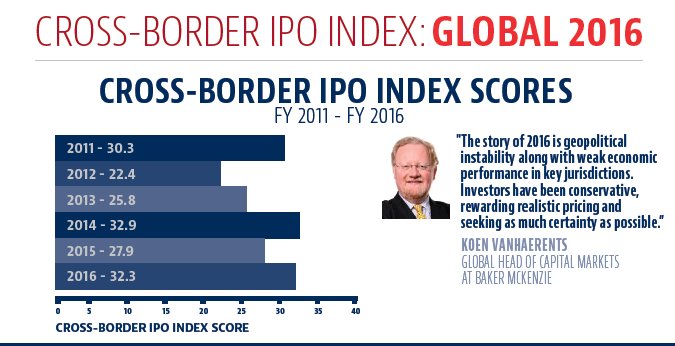