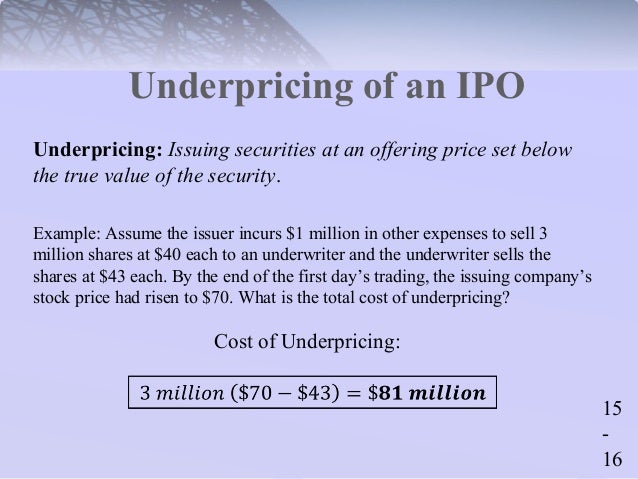 This article is from the Investing Articles: Public Offerings: IPO and DPO series.

The underwriting process begins whith the decision of what type of offering the company needs. 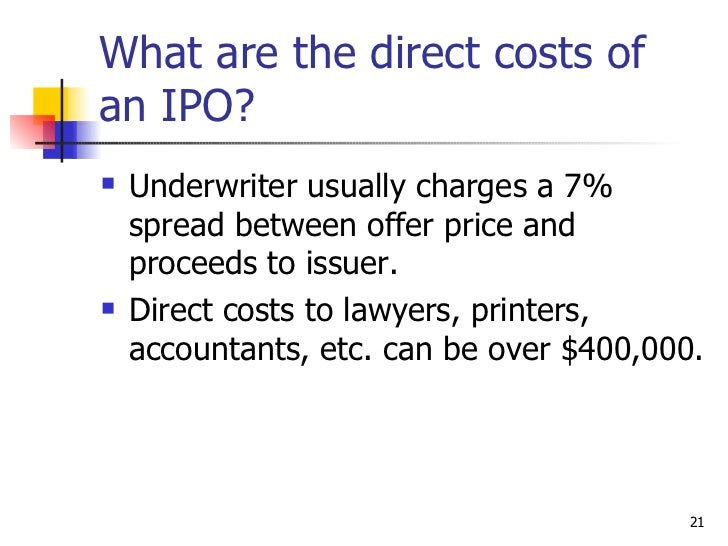 The company usually consults with an investment banker to determine how best to structure the offering and how it should be distributed.

Securities are usually offered in either the new issue, or the additional issue market.

Initial Public Offerings (IPO's) are issues from companies first going public, while additional issues are from companies that are already publicly traded.

In addition to the IPO and additional issue offerings, offerings may be further classified as: 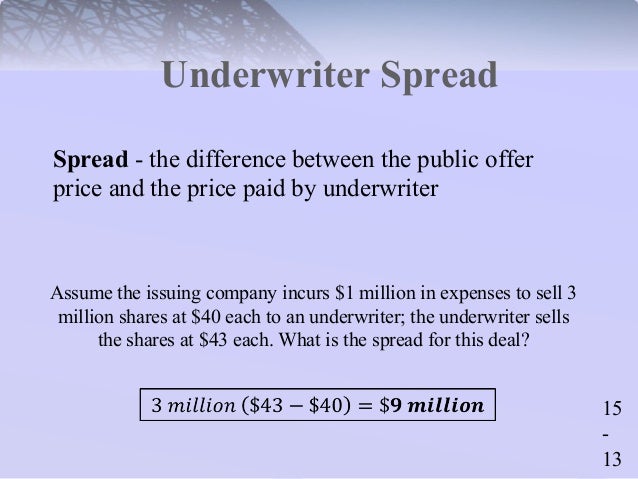 The group of investment bankers is known as the syndicate. Members of the syndicate usually make a firm commitment to distribute a certain percentage of the entire offering and are held financially responsible for any unsold portions. Selling groups of choosen brokerages, are often formed to assist the syndicate members meet their obligations to distribute the new securities.

Members of the selling group usually act on a "best efforts" basis and are not financially responsable for any unsold portions.

Under the most common type of underwriting, firm commitment, the managing underwriter makes a commitment to the issuing corporation to purchase all shares being offered. If part of the new issue goes unsold, any losses are distributed among the members of the syndicate.

Whenever new shares are issued, there is a spread between what the underwriters buy the stock from the issing corporation for and the price at which the shares are offered to the public (Public Offering Price, POP).

8. What is Underwriting of Securties by Investment Bank?

The underwriting fee us usually distributed to the three groups in the following percentages:

In most underwritings, the underwriting manager agrees to maintain a secondary market for the newly issued securities.

In the case of "hot issues" there is already a demand in the secondary market and no stabilization of the stock price is needed.

However many times the managing underwriter will need to stabilize the price to keep it from falling too far below the POP.

SEC Rule 10b-7 outlines what steps are considered stabilization and what constitutes market manipulation. The managing underwriter may enter bids (offers to buy) at prices that bear little or no relationship to actual supply and demand, just so as the bid does not exceed the POP.

Managing underwriters may also discourage selling through the use of a syndicate penalty bid.

What are Underwriting Fees?