The initial public offering for Mexico's Jose Cuervo raised more than $900 million, the company said on Thursday, as the world's biggest tequila maker launched the first IPO in the country since Donald Trump won the U.S. presidency in November.

Shares in Cuervo, which were priced at the top of the expected range at 34 pesos, jumped by more than 8 percent after markets opened in Mexico.

The stock later pared some initial gains and was trading up by 4.9 percent at 35.7 pesos per share.

Including the overallotment option, the IPO raised about 18.64 billion pesos ($912.6 million), Cuervo said.

With 30 percent of the global tequila market, the Cuervo business, officially known as Becle SA de CV, is controlled by Mexico's Beckmann family, which will remain the majority shareholder of the company.

Last year, the company put the IPO on hold twice, as Trump's march to the White House gathered strength, sending the peso currency to a series of record lows.

Trump has threatened to slap a hefty tax on products Mexico sends to the United States to pay for a border wall, as well as tear up a joint trade deal with Mexico.

Started by Jose Antonio de Cuervo in 1758 before Mexican independence from Spain, Cuervo says it is North America's oldest continuous producer of spirits.

Aranda, a subsidiary of Singapore state investor Temasek, said it would take a 20 percent stake in the listing, helping to put a floor under the IPO.

Lorenzo Gonzalez, managing director for Mexico & Andean Region at Temasek, said Mexico was an important market and that the Singapore investor looked forward to partnering with Cuervo.

"The consumer sector, including food and beverages, is also a good proxy for our wider global investment themes, which include transforming economies and the growth of middle income populations," Gonzalez added.

The company announced the pricing of the IPO early on Thursday after previously setting a price range of between 30 to 34 pesos for the shares. 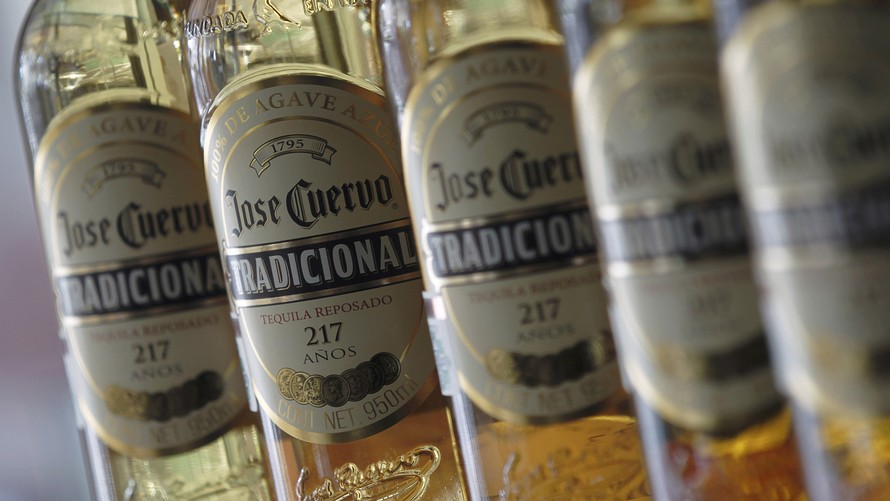