It’s been a very interesting year for IPOs.

We’ve learned that investors are paying a lot of attention to a company’s profitability.

They’re ignoring the hype that surrounds some private companies and focusing more on if the company will make them a return. After all, that is the point of investing.

2020 is going to be even more interesting because of this “change.” Companies looking to go public will have to be realistic when setting their offer price and determining valuation.

Investors don’t want to be fooled by all the marketing hype that usually comes along with IPOs.

These are just a few reasons why 2020 could be a huge year for profits in the IPO market. Here are three IPOs that you should be on the lookout for in 2020.

The home-sharing platform Airbnb recently announced that a public debut will be likely in 2020.

There are rumors that the company won’t go the traditional route with its public debut; instead of an initial public offering, Airbnb is expected to make a direct listing.

Airbnb revenue experienced a growth of 31% year over year, bringing in $839 million.

It has $3 billion in cash on hand and an untouched $1 billion line of credit.

The company does have the ability to grow its revenue and has acquired a decent size of market share.

It acquired Hotel Tonight in hopes of expanding more into the hotel listing realm. This acquisition could be huge for the company and allow for an increase in its market share.

A direct listing would save Airbnb millions of dollars in underwriting fees that it would normally have to pay if it went the traditional IPO route.

Investors are familiar with Airbnb and its brand, so there’s no need for additional marketing before it goes public. The company has a $35 billion private valuation, and if the listing happens, it would be one of the largest companies to go public in 2020.

We’re not seeing the IPO window closed yet but the market is finicky.

There may be more direct listings, but it will take companies with a strong profile like Airbnb to do them.

Airbnb has a well-respected management team that will be more than capable of leading the company into a public debut, in addition to a profitable future. Last November, the company hired Dave Stephenson, who worked for Amazon for 17 years as its chief financial officer.

This addition to Airbnb’s management was a smart move.

Stephenson’s experience with Amazon and his insight could easily help lead Airbnb to a future of profitability.

The number of major retailers that have started to sell products that have cannabidiol (CBD) has increased significantly, and this trend is just getting started. Every day researchers are learning more about the benefits of CBD-infused products.

Cannabinoids (non-THC) products have enticed consumers, and most of them are convinced that CBD products have helped them in one way or another.

There’s a huge market potential for the CBD market, and it hasn’t even hit its high yet.

Airbnb is gearing up to be the most anticipated IPO of 2020, here's why

CBD is one of the best-known cannabinoids, but recently there has been growing interest in products that contain cannabigerol (CBG).

CBG is a precursor cannabinoid to CBD and THC. It currently costs about $20,000 per kilogram of CBG — that’s a lot more than the $4,000 price tag that a kilogram of CBD has.

Hemptown’s focus on CBG allows it to capture the CBG market before anyone else and create the path of dominance in the CBG sector.

Hemptown USA is a U.S. hemp business that could be on track for a market debut in 2020.

The company aims to become the lead supplier of CBG. It’s growing over 500 acres of hemp plants with the focus on these rare genetics in hopes of becoming the lead North American supplier of CBG by the end of 2019.

We'll keep you on top of all the hottest investment ideas before they hit Wall Street. Become a member today, and get our latest free report: "What to Expect from 2020's IPO Market."

It contains full details of tips on how options investing can be very simple.

After getting your report, you’ll begin receiving the Wealth Daily e-Letter, delivered to your inbox daily.

In September it unveiled its new Hemptown Chew gum, a consumer SKU that has the highest levels of hemp-derived CBD and CBG cannabinoids that are on the market.

The company has its operations in Oregon and has only been in that region for eight years.

In that short period of time, the company has been very successful.

Hemptown has been operational for some time now, and it has had a successful track record — not to mention its financials look solid.

Hemptown has all the makings of a successful IPO, which is why the company could go public in 2020 and offer investment opportunities for investors wanting access to the expanding CBD and CBG market.

The delivery startup Instacart could be getting even closer to its public debut in 2020.

Usually, an end of a partnership like the one Instacart and Amazon had would seem a little detrimental for Instacart, but that wasn't the case at all.

Instacart is extremely optimistic about its future.

Whole Foods was one of our first partners. But over the last few years, pretty much every major grocer in North America has chosen Instacart as their partner.

The company isn’t worried about the end of one partnership because it has others and will continue to grow its partnerships with other stores.

Instacart reports that it delivers groceries from more than 20,000 stores across the U.S.

Over the last year, Instacart has raised $1.2 billion in private markets, which brings the company’s valuation close to $8 billion.

Business is growing, and Instacart’s financials are reflecting that.

We are now profitable on every single delivery.”

The company hasn’t specifically stated that it is profitable. However, its focus on growth and creating partnerships indicates it could be on the path to profitability if it isn’t already profitable.

We learned in 2019 that profitability matters when it comes to IPOs.

Investors are interested in companies that are making money and that have plans to continuing making money.

As long as Instacart is able to prove that to investors and is realistic about its valuation, investors will be interested in the company.

2020 will be the year of realistic valuation and transparency.

With passion and knowledge, she wants to open up the world of IPOs and their long-term potential to everyday investors. She does this through her newsletter IPO Authority, a one-stop resource for everything IPO. She also contributes regularly to the Wealth Daily e-letter.

Sign up to receive the Wealth Daily newsletter - it's absolutely free!

In each issue, you'll get our best investment research, designed to help you build a lifetime of wealth, minus the risk. Plus, by signing up, you'll instantly receive our new report: Surviving the Coming Economic Collapse.

After getting your report, you’ll begin receiving the Wealth Daily e-Letter, delivered to your inbox daily.

Can We Expect More Strength from the IPO Market in 2019?

2019 has been an impressive year for the IPO market.

The 2019 IPO market so far has averaged over $2.4 billion in IPO proceeds, and year-to-date IPO proceeds are coming in close to $15 billion. And those proceeds have come from companies you’ve probably never heard of until now.

How Far Can Beyond Meat Go?

2020 IPOs: The 10 Most Exciting Public Offerings to Watch

It went public on May 2 with an offering price of $25 per share. As of Monday’s open, Beyond Meat’s shares were up by 420%. How far can this company soar?

The food delivery sector is growing with a CAGR of 6.5%, and investors’ appetites for this sector are growing.

Could DoorDash be the company that keeps them full?

Everybody Wins With This Cash Crop

Wealth Daily editor Jason Williams gives you some insights on the future of the global CBD market and lets you in on his three best investments for explosive CBD profits. 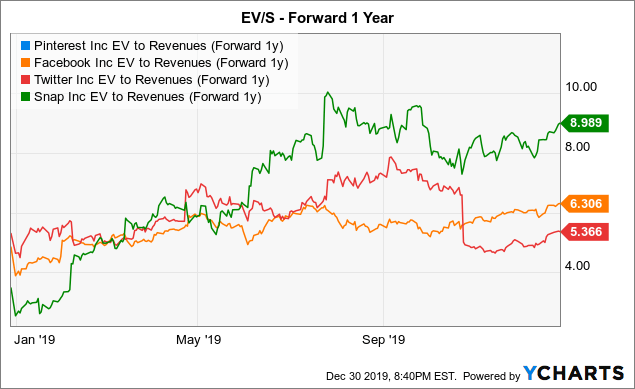