Arranging and reading bits in ordered groups is what makes binary exceptionally powerful for storing and transmitting huge amounts of information.

To understand why, it helps to consider the alternative: what if only one bit was used at a time? Well, you’d only be able to share two types of information—one type represented by 0 and the other by 1.

But when you group bits by two, you get four kinds of information:

By increasing from two-bit groups to three-bit groups, you double the amount of information you can encode:

While eight different kinds of information are still not enough for representing a whole alphabet, perhaps you can see where the pattern is headed.

Using any binary code representation you’d like, try to figure out how many possible combinations of bits you can make out using bits grouped by four.

How to Convert Binary to Text - EASIEST TUTORIAL

How many possible combinations do you think you can get using six bits at a time, or 64? By grouping single bits together in larger and larger groups, computers can use binary code to find, organize, send, and store more and more kinds of information.

Kidder drives this point home in The Soul of a New Machine:

“Computer engineers call a single high or low voltage a bit, and it symbolizes one piece of information.

One bit can’t symbolize much; it has only two possible states, so it can, for instance, be used to stand for only two integers. Put many bits in a row, however, and the number of things that can be represented increases exponentially.”

As computer technology has advanced, computer engineers have needed ways of sending and storing greater amounts of information at a time. As a result, the bit-length used by computers has been growing steadily over the course of computer history.

This idea of coding information with more bits at a time to improve the power and efficiency of computers has driven computer engineering from the beginning, and still does. Though this excerpt from The Soul of a New Machine was first published in 1981, the basic principle of encoding information in binary code with increasing complexity is still representative of the progression of computational power today:

“Inside certain crucial parts of a typical modern computer, the bits – the electrical symbols – are handled in packets.

Like phone numbers the packets are of a standard size. IBM’s machines have traditionally handled information in packages 32 bits long. Data General’s NOVA and most minicomputers after it, including the Eclipses, deal with packages only 16 bits long. The distinction is inconsequential in theory, since any computer is hypothetically capable of doing what any other computer may do.

But the ease and speed with which different computers can be made to perform the same piece of work vary widely, and in general a machine that handles symbols in chunks of 32 bits runs faster, and for some purposes – usually large ones – it is easier to program than a machine that handles only 16 bits at a time.”

From the book THE SOUL OF A NEW MACHINE by Tracy Kidder. 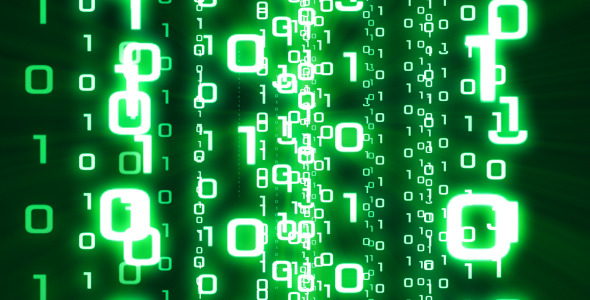