Once in a while, unusual and fascinating things happen in the financial markets.

A Look Under the Hood of Spotify’s Direct Listing

Spotify, a popular music streaming company, filing for a direct listing (instead of a traditional IPO) of its shares on the NYSE certainly qualifies. Given the uniqueness of this listing, I shall disregard my usual “An Unbalanced View” format for IPOs in favour of a more deep dive analysis of this listing.

Spotify is a music streaming service founded in Sweden by CEO Daniel Ek and Martin Lorentzon in 2008.

It is currently the world’s largest music streaming service with 159 million monthly active users (MAUs), which Spotify believes to be double their closest competitor, Apple Music.

Spotify filed a prospectus with the SEC to begin the following road map to list on the NYSE under ticker symbol SPOT:

The direct listing path is very different from that of a traditional IPO.

Here’s a summary of the key differences:

A direct listing involves the company simply listing all of its existing shares on an exchange, without a need to issue new shares to new investors. As a result, there are no bankers involved and you do not have the usual army of dealers and bankers conducting roadshows and presentations to market the company’s shares to its network of investors.

Why a Direct Listing?

As such, it is a more democratic process as all investors are only given access to purchase shares on the listing day, other than early investors. It is also cheaper as you do not have to pay expensive investment banking fees on this process.

The downside is potential volatility of price after your listing due to the following factors:

Some of the reasons given by CEO Daniel Ek for doing a direct listing instead of an IPO  was that:

The CEO even committed to not ringing the bell, taking interviews or even being in the exchange when his company’s stock lists, which is undoubtedly a breath of fresh air.

Spotify operates on a “Freemium” model, with a free product and a premium upgrade.

The free service is basically a shuffle playlist sprinkled with ads.

The company’s only other significant revenue stream is from advertising within the free service. The main cost of the company is royalty fees payable for each play of a song.

The revenue of the company has been experiencing explosive growth since 2015.

The upside is that gross margins have been improving, mainly due to new licensing agreements with the record labels that have lower royalty rates.

That itself  is a interesting dynamic though, as by lowering royalty rates, you are essentially squeezing your content providers who can someday decide that enough is enough and pull their content from the platform. We’ve seen that happen with some high profile absentees from Spotify’s platform like Taylor Swift and Jay-Z. Whether Spotify can continue threading that fine line remains to be seen.

R&D, SG&A and Other Expenses

Other expenses are have been slightly outpacing revenue growth. For a very scale-able business like Spotify, it is pretty surprising as it should benefit from economies of scale.

The only reason I can think of possibly costs associated with 2-sided platform development (to be elaborated later) and marketing into new markets.

One to watch out for.

The business as turned cashflow positive in 2016 and continues to improve into 2017. This is a good sign as the continuing operations is able to fund itself.

Monthly active users (MAUs) and premium subscribers has been growing steadily over the past 3 years.

Management has guided for further growth to 198-208 million MAUs while premium subscribers are expected to grow to 92-96 million. This represents further declining growth rates perhaps due to the law of large numbers and competition.

Interestingly, Premium average revenue per user (ARPU) has been declining, in a large part due to the Family Package deal earlier mentioned.

This means that each premium user signed up has been worth less in incremental revenue as the years go by. Another thing to watch out for going forward.

The company is experiencing double digit percentage growth in revenue and subscriber growth, which are fantastic numbers.

Gross margins are also improving and the company is already operating cashflow positive. With many markets still to unlock like India and South-east Asia, there is still a clear pathway to growth those numbers.

Global music industry revenues have stabilised and slowly recovered since 2014, with it largely driven by growth in Digital music revenues and music streaming.

If Spotify continues to maintain their market leading position, they will be able to ride this wave.

The unique advantage Spotify has is the ability to identify each user’s listening preferences and suggest music and playlists to try and discover. 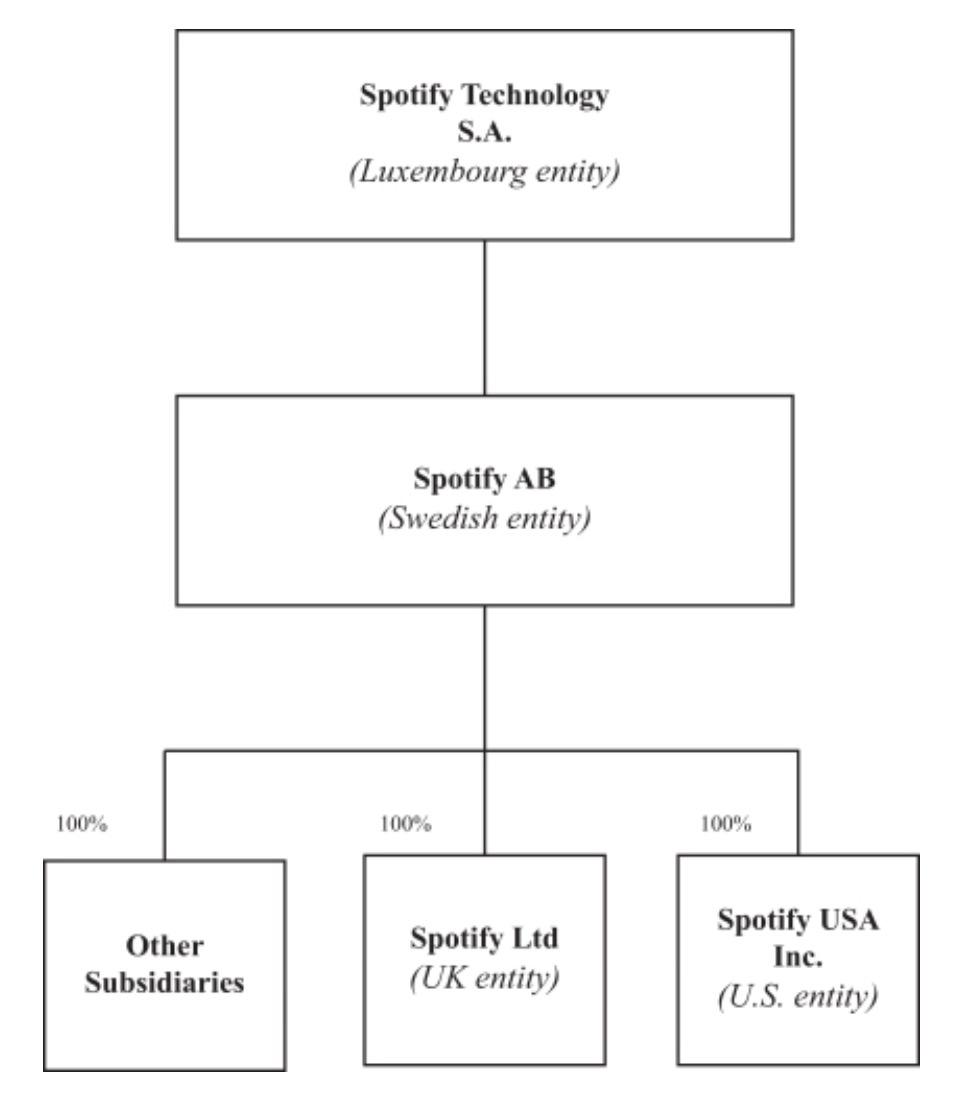 On the flipside, they are able to use this data to build tools to help artistes to better engage and target their fans. This creates a “2 sided platform” mentioned earlier that allows you to sell services to both the artiste and the listener.

With the recent focus on data privacy arising from the Cambridge Analytica scandal with Facebook, Big data software firms are experiencing a re-rating in valuation.

As such, this aspect may be a drag on the company.

I would argue that there is a smaller scope of use for knowing my music preferences than if they knew my age, race and job. I mean, is Putin going to conclude that because I love Jay Chou music, I would be in favour of Taiwanese independence and target me as a result?

The giant elephant in the room is of course Apple Music.

With Apple Music on track to surpass Spotify’s US subscriber base, Apple has proven to be significant competitor to Spotify. With cash to burn and a ready database of iOS users to sell their services to, Apple could rain on Spotify’s parade.

That being said, given the closed ecosystem nature of Apple’s strategy, I see potential for both services to thrive with Spotify filling in the non-Apple gaps of the market.

Spotify is very much reliant on the artistes and content providers to stay interested in the platform.

Why Spotify skipped the traditional IPO at the NYSE

We’ve already had Taylor Swift and Jay-Z leave the platform, it’ll be crucial if they can retain and provide a greater value proposition to their artistes and maybe one day bring back these A-list artistes back on board.

As is the case with founder driven tech unicorns, although founders Daniel Ek and Martin Lorentzon own a combined 38.9% of the company, they hold a combined 80.4% of all the voting rights in the company by virtue of the Beneficiary Certificates issued to them pre-listing.

As such, you are essentially entrusting your money to them to hopefully do the right thing with the company.

As mentioned above, the direct listing path results in no share lock-ups or market stabilisation facility.

Plus the current market climate being highly volatile, much care has to be taken if you choose to invest on day 1.

What price to buy?

As there is no IPO price, retail investors especially do not have a price anchor to target and fix to.

Thankfully, the prospectus provides some guidance:

The prospectus shows the private market share transaction price and volume since 2017.

Renown business valuation professor Aswath Damodaran at NYU also did a Discounted Cash Flow (DCF) valuation of Spotify and arrived at a valuation of $115.31 based on his own set of assumptions.

Spotify is ready to press play on its IPO.

He also has done up a excel file for his DCF if you wish play around with it. His blog and his workings can be found here.

In a world where tech unicorns going public are becoming increasingly rare, Spotify seems to have chosen the right time in their growth story to list – a good enough story to garner interest but with enough execution risk to allow people to speculate and participate in the upside.

How it will trade and at what price on day 1 intrigues me and I will definitely allocate some capital to buy if it hits my personal price target.