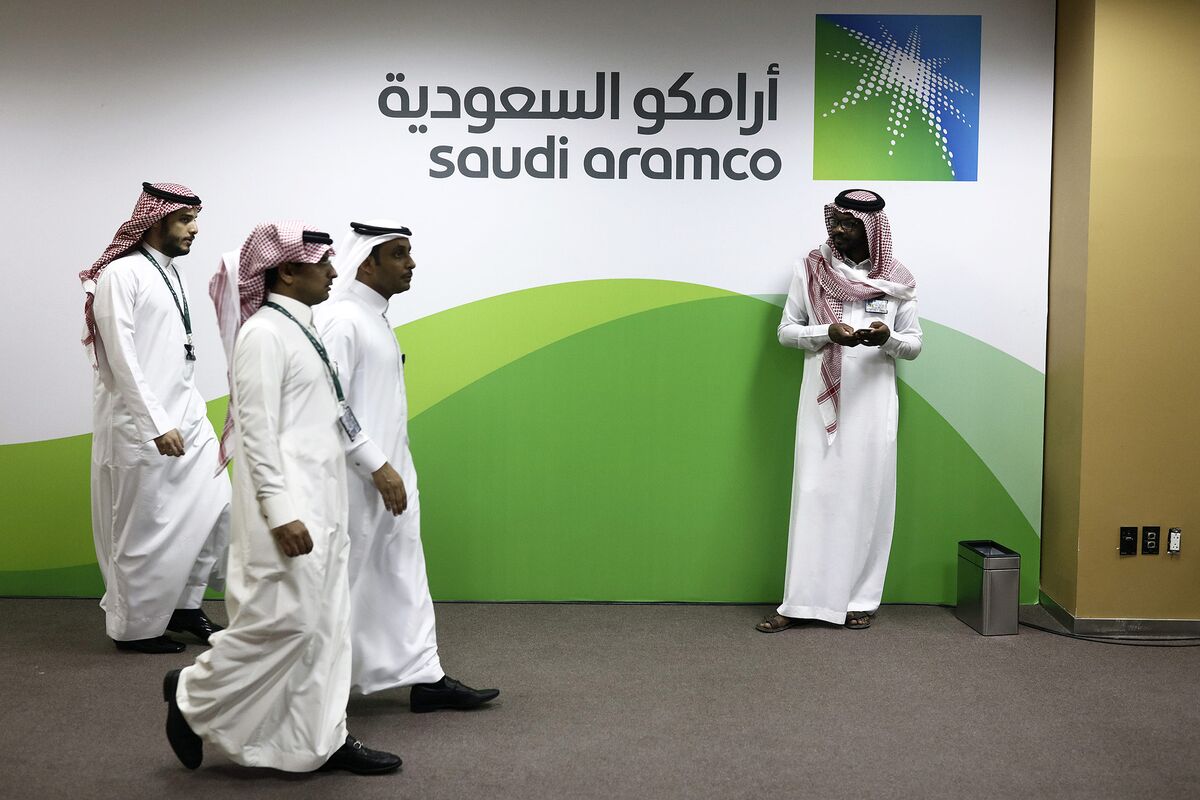 Saudi Aramco has fired up plans for its long-awaited flotation that is set to easily create the world's most valuable listed company.

Saudi Arabia's state-owned oil and gas firm had been expected to seek a £2trn (£1.55trn) market value through the listing.

That was a sum sought by the Gulf state's Crown Prince, Mohammed bin Salman.

But details of the Initial Public Offering (IPO), released on Sunday, showed it was targeting a valuation between $1.6trn and $1.7trn through the sale of a 1.5% stake - three billion shares.

Market analysts had been expecting at least 2% of the company to be put up for sale.

Under the IPO's targets, between $24bn and $25.6bn will be raised as the Saudi government moves to diversify from its reliance on oil to seek revenues from other channels, including tourism.

The final price will be set on 5 December, with trading set to begin on the local Tadawul exchange in Riyadh a week later.

The flotation, should it go to plan, would eclipse Alibaba's IPO in 2014 as the largest in the world.

The Aramco valuation reflected a number of significant concerns among investors, according to analysts.

Among them is the Saudi state's control of the company and the fact the listing is not taking place, initially at least, in a top foreign stock exchange.

Others include worries over climate change and the recent drone and missile attacks on two Aramco processing sites which were claimed by Iran-backed Houthi rebels in neighbouring Yemen.

Jasper Lawler, head of research at London Capital Group, said of the flotation: "The valuation is short of the $2trn value sought by [the] Saudi Crown Prince.

"Foreign investors just weren't willing to pay up to give MbS (Mohammed bin Salman) his blockbuster.

"A valuation above $1.5trn seems to be where foreign demand dried up so under current plans, shares will be taken up by mostly domestic investors.

"Assuming the IPO moves ahead at this price range, it will succeed at the goal of raising funds for Saudi Arabia to diversify away from oil.

"It won't be the big draw of outside money into Saudi Arabia that it could have been."