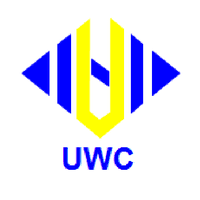 Sprout Social, one of Chicago’s fastest-growing tech companies, raised another $40.5 million as it considers a possible IPO.

The deal values Sprout at $800 million and pushes the eight-year-old company’s funding over $100 million. It will be used to beef up its product and continue to expand overseas. Sprout, which was No. 2 in 2016 on Crain’s Fast 50 list of Chicago’s fastest-growing companies, is frequently mentioned in tech circles as an IPO candidate. The company has about 500 employees and continues to double sales.

Last year, it had about $45 million in revenue, according to Crain’s Fast 50.

“The last couple years, business has really been on a tear,” said CEO Justyn Howard.

As for an IPO, he said: “It’s certainly a possibility. We’re not committed to any particular path yet.

We’re just heads-down trying to grow the healthiest business we can.”

Launched in 2010 by Howard, a self-taught coder who grew up in California, Sprout soon attracted the attention of Lightbank, the venture-capital fund bankrolled by Groupon co-founders Brad Keywell and Eric Lefkofsky.

The latest round of funding was led by Future Fund, an investment fund backed by the Australian government, along with NEA and Goldman Sachs.

Howard says the company will use the money for product development and continued expansion outside the U.S.

“The opportunities for CMOs and marketers to have better tools is a pressing issue,” he said.

Sprout has about 25,000 customers, including mid-market and large companies. Despite the noise in social media, especially Facebook’s woes with privacy and other issues, Howard remains bullish. “Social needs to be a well-lit space that people trust,” he said.

“We’re still in the early innings with social when it comes to commercial use as a marketing tool.”

The space remains hot. Just two months ago, Adobe said it would buy Marketo, a marketing and sales software maker for $4.75 billion—more than twice the price private-equity investors paid to take the company private two years ago. Software giant SAP last month said it would pay $8 billion for Qualtrics, a survey-software company that was planning an IPO.