Rule 30 is relevant to this section. This rule sets out the compliance period, ie the period for putting an application in order.

The period prescribed for the purposes of this subsection (and for s.18(4)) is the compliance period.

Where the first substantive examination report is not sent to the applicant before the expiry of the period set out at (i) above, that period is extended to such date as that report is sent to the applicant and the period set out at (ii) then applies. The above periods, set out in r.30, ensure that applicants always have time in which to complete prosecution of their applications, and ensure that the application does not lapse if the first s.18 report does not issue until after 4½ years.

However, r.30(3)(a) specifies that where the application claims an earlier date of filing under s.8(3), 12(6) or 37(4), the period is either (i) the period prescribed by r.30(2) in relation to the earlier application, or is (ii) eighteen months from the actual date of filing, whichever period expires the later.

Any extension made under rule 108 to the compliance period prescribed on the earlier application will also apply to any divisional applications filed on or after the date that the period was extended, in accordance with r.2(2).

The compliance period for any such divisional applications will therefore be the period as extended.

[ ELC4 should be added to the covering letter when the first report under s.18 is issued later than three years and six months from the priority or filing date.

For the procedure if ELC4 was omitted from a first examination letter issued later than three years and six months from the earliest date, see 18.47, 3rd indented paragraph.

[ ELC5 should be added to the covering letter of the first s.18 report on a divisional application when the first report on the parent application was issued later than three years and six months from the priority or filing date.

It should also be used in the covering letter for a subsequent s.18(3) report on such a divisional application if it was not used at the time of the first report.

R.30(4) provides for an automatic extension of the prescribed period when, as a consequence of observations under s.21 are filed near to the end of the period and give rise to a report under s.18(3) is issued. Where the date of the letter embodying that report is within three months of the end of the existing compliance period, the compliance period becomes three months from the date of the letter.

Pros and cons of cryptocurrency trading

This applies only to the first s.18(3) report based on those particular observations, if there is more than one such report. Rule 30(4) refers to this report as a “first observations report”, and this term is defined in r.29(3)(b) and r.29(4).

In Akron Brass Company’s application BL O/012/19 the hearing officer found that only observations relating to s.1(1) (for example novelty or inventive step) can satisfy rule 29(4)(a). Therefore, observations in respect of other issues (such as added matter and clarity) cannot be used as a basis for an extension under r.30(4).

Where observations relate to both s.1(1) and other issues, only the parts relating to s.1(1) may be relied on as the basis for an extension under r.30(4).

That is, the report under s.18(3) must be issued as a consequence of the parts of the observations relating to s.1(1).

The hearing officer therefore found that an extension was not possible under r.30(4).

[ ELC6 should be used in the examination (covering) letter to inform the applicant of the extension of the period following s.21 observations. ]

In Anning’s Patent Application [2007] EWHC 2770 (Pat), it was held that the compliance period is a period during which the requirements of the Act and Rules must be complied with.

It does not impose any additional requirement on the applicant. Therefore it follows that the compliance date does not roll over to the next working day if it falls on a non-working day, since it is not of itself a deadline for doing anything under the Act.

Latest from the Intellectual Property Office

Outstanding applications are periodically checked to detect those on which a reply to a report issued under s.18(3) is overdue where the compliance period has nearly expired. A letter is sent to the applicant forewarning of the intention to refuse each such application under s.20(1) and giving the applicant an opportunity to submit any observations which might affect refusal.

When the compliance period has expired, the application is forwarded to the relevant formalities group for refusal to be authorised. If it is found at that time that the forewarning letter has not been sent, another letter forewarning of the intention to refuse is sent before refusal is confirmed, allowing one week for the applicant to submit any observations.

When refusal has occurred, it is advertised in the Journal.

[ The COPS records are combed weekly and applications that are 4¼ years from the declared priority date or filing date and have a certain processing status are identified on the “Section 20 Pick List”. The selection is verified by the formalities groups who should confirm eg whether a Section 18(3) report has been issued to which no reply has been received or indeed whether the report issued in the first place.

If it is ascertained that a reply to a Section 18(3) report is overdue a standard letter (WR1) with a copy on file should be issued, forewarning the applicant of the intended refusal. If a reply is not overdue at the time of vetting, the appropriate COPS action should be taken, but if the reply subsequently becomes overdue the letter (WR1) should then be sent.

[ After 4⅔ years have elapsed from the declared priority date or filing date, those applications are selected by COPS on the “Section 20 Time Limit Report” and the relevant Formalities Manager takes appropriate action for treatment as refused under s.20.

Is this page useful?

All such applications should have had the standard letter issued and a copy placed on file. If it is detected that the letter (WR1) has not been issued, the Formalities Manager should issue the alternative forewarning letter (WR2) before sending the file to the relevant Formalities Manager. The Formalities Manager should then therefore not only verify that the application should be treated as refused but also check that one of the letters has been issued (see below if it has not) and that no response which would prevent treatment as refused has been subsequently received.

[ The Formalities Manager should add the appropriate label to the PDAX dossier cover and add a minute to the dossier.

Where the application is a paper case the Formalities manager should sign the square on the flap of the shell after verifying that the application is being correctly terminated. (If for example it is found that the application had been incorrectly stored after amendments had been filed, the case should be referred to the Divisional Director; it may be possible to exercise discretion under r.107 to extend the prescribed period.) The Formalities Manager should then annotate the file accordingly, carry out the appropriate COPS action (so that the termination is advertised in the Journal) and forward the file to Nine Mile Point.

[ If it is discovered that a letter (WR1 or WR2) has not been issued the Formalities Manager should, after verifying that the application should be treated as refused, arrange for the alternative letter (WR2) to issue.

After allowing time for any response, the Formalities Manager should arrange for action as in the last sentence of the preceding paragraph.

Treatment of the application as having been refused at the end of the prescribed period is mandatory if it fails to comply with any requirement of the Act and Rules within that period.

It follows therefore that if a hearing is necessary to resolve a disagreement this should if possible be held and a decision be given and communicated to the applicant before the end of the prescribed period. (The reasons for the decision may be given later if necessary.) It is then possible for the applicant to amend within the period (including any extension by virtue of s.20(2) - see 20.08 - 20.10) in order to meet the terms of an adverse decision. 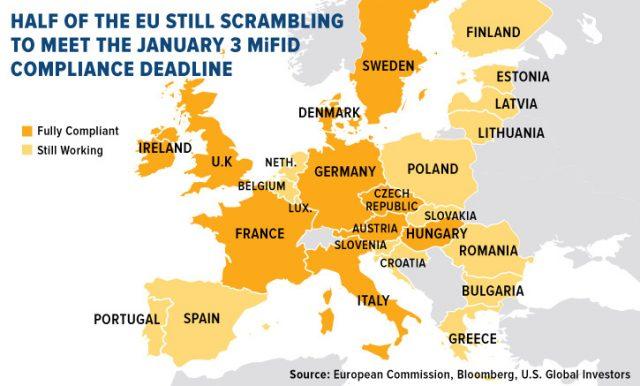 Under these circumstances, the comptroller may consider that, for the benefit of the applicant, a period of less than the minimum fourteen days’ notice of a hearing usually given is appropriate, if this would otherwise lead to the hearing being held after the end of the prescribed period.

The wishes of the applicant should however be taken into account.

It is also in an applicant’s own interest, when filing amendments near the end of the prescribed period, to mark the covering letter URGENT, prominently and boldly and preferably in red.

If a response filed within the prescribed period fails to put an application in order, but it is not possible to elicit a further response or to arrange a hearing before the end of two months after the expiry of the normal compliance period (ie the period prescribed by r.30 as extended by r.108(2)), the applicant should be told that the application will be treated as having been refused unless within fourteen days he submits observations and/or requests a hearing to demonstrate that the application was in fact in order (or requests an extension of the compliance period under r.108(3) to (7), see 123.34-41).

Provided that an application was in order at the end of the compliance period there is no statutory bar to its being amended after the end of that period; the opportunity to amend an application is only terminated by the issue of the letter informing the applicant that a patent has been granted.

The time allowed for bringing an appeal is governed by Part 52 of the Civil Procedure Rules and the Practice Directions supporting CPR 52.

The comptroller will normally use the discretionary power provided by CPR 52.4(2)(a) to direct that notice of appeal must be filed at the court within 28 days after the date of a decision. However, a different period can be set where appropriate.

When a decision is given before the end of the compliance period (see 20.02) and at the end of that period the time (including any extension granted by the Court or the comptroller) allowed for bringing an appeal is still running, the period for putting the application in order is automatically extended, for all purposes, until the end of that time.

Therefore, if an adverse decision on a substantive matter is given less than 28 days from the end of the compliance period, and the comptroller has directed that any appeal must be filed within 28 days after that decision, the applicant has 28 days (plus any extension granted by the Court or the comptroller) from the date of the decision in which to submit amendments with a view to meeting the terms of the decision. If no appeal is brought within this time, this opportunity to amend ends automatically at the end of this time.

If there is an appeal the Court may prescribe a period within which amendments may be made.

Any extension of the prescribed period which is given under r.108 applies only to the period as prescribed by r.30, and is not in addition to any extension arising by virtue of s.20(2).

Thus, for example, a substantive decision given 14 days before the end of the prescribed four years six months has the effect of extending the period by 14 days; a request on Form 52 extends the original period by two months, i.e.

I dont know what cryptocurrency is