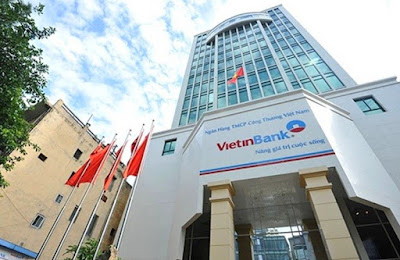 Singapore's IPO market only raised $715m against Vietnam’s $6.2b.

Singapore fell short of Vietnam’s initial public offerings (IPOs) making up more than half or $6.2b of the total $12b raised across Southeast Asia, according to professional services firm Deloitte.

Across the Southeast Asia region, Vietnam and Thailand dominated with three blockbuster listings seen in 2018.

The rise of Vietnam’s capital market was largely attributed to the Vietnam government’s privatisation drive and market reforms, strong interest from foreign investors and local funds, as well as a high gross domestic product (GDP) growth of 6.8% in 2018, according to Deloitte.

This figure includes two company IPOs and one trust on SGX’s mainboard with $134m and $422m funds raised respectively, the firm noted.

Ernst & Young (EY) noted that IPOs in Singapore, as well as other parts of the region like Indonesia and Malaysia, have predominantly been small-cap listings amidst market uncertainty and trade tensions.

In fact, delayed IPOs have been piling up in Singapore on the back of market volatility according to Bloomberg, with firms either struggling to get deals done or piling into equity offerings in nearby, and now frontrunner, Vietnam.

This was echoed by a report from Bloomberg which cited that instead of Singapore, more IPOs are eyeing Vietnam.

Back in Q1, Vinhomes JSC, which had attracted an investment from GIC, was looking to conduct a share sale worth as much as $2.75b (US$2b).

Techcombank was planning to raise $1.27b (US$922m) during the same time period. Now the same firms are leaving the rest in its dust and leading the pack across Southeast Asia.

In a separate report by EY in Q2, Singapore had long lost its crown to Hong Kong as the regional stock exchange competition heated up.

The report noted that three in five cross border IPOs in Hong Kong that amounted to $158m (US$115m) altogether were from Singapore companies, whilst back home, the scenery was more dismal with only one flotation which raised $100m registered in Singapore as of March 14.

However, this trend seems to have ebbed as according to Deloitte, attention has shifted back to listing at home. “Traditionally, companies tend to list in the countries where they do their business in, which is typically their home country where they have established their brand locally,” Tay Hwee Ling, global IFRS & offerings leader at Deloitte Southeast Asia and Singapore, explained in the report.

She also told Singapore Business Review that Singapore, as well as Hong Kong, are more mature economies and are in a different IPO cycle, having already gone through what Vietnam is experiencing now.

“Vietnam’s performance in 2018 cannot directly be compared to Singapore and Hong Kong, as it is not an apples to apples comparison,” Tay highlighted.

“The Vietnam government has embarked on an ambitious privatisation drive and plans for market reform, which has pushed IPO activities in particular, for the bigger government-linked organisations that has not been privatised and are seeking funds to grow and expand.”

By sector, the healthcare continued to do well on the Singapore bourse, with 11 healthcare companies IPOs performing at an average 17% share price in the past five years to date.

As well, the food & beverage (F&B) sector performed well with six F&B companies listed that had an average price earnings ratio at IPO of 11.5, with sizeable funds raised and market capitalisation, Deloitte added in a statement.

According to Tay, SGX has had some developments in 2018 that may help increase the vibrancy of Singapore’s capital markets and bounce back in 2019.

“These include the ability for companies with dual class shares structures to seek primary listing on the SGX,” she said. “This strikes a balance between supporting high-growth companies and having safeguards to mitigate governance risks, and can broaden the range of investment options.”

Additionally, Singapore’s first private securities exchange 1Exchange was launched in November in a bid to present another option for regional and global companies to raise capital. The exchange provides private companies the ability to trade in their simplified securities by leveraging technology to create simple, regulated and cost-effective liquidity options for both private companies and investors, Deloitte revealed.

“Depending on the stability of the global economy, we can expect the IPOs that have been delayed in 2018 to seek listing in Q1 2019, and potentially some IPOs from the real estate investment trusts (REITs) and also from the healthcare and F&B sectors,” Tay said in a statement.

“2019 will see increased vibrancy in the markets when some of SGX’s initiatives in 2018 come to fruition, including the anticipation of the first dual class shares listing since the announcement earlier this year.”

Techcombank gets to work after $922 million IPO - Managing Asia