What Is Schutzhund Ipo 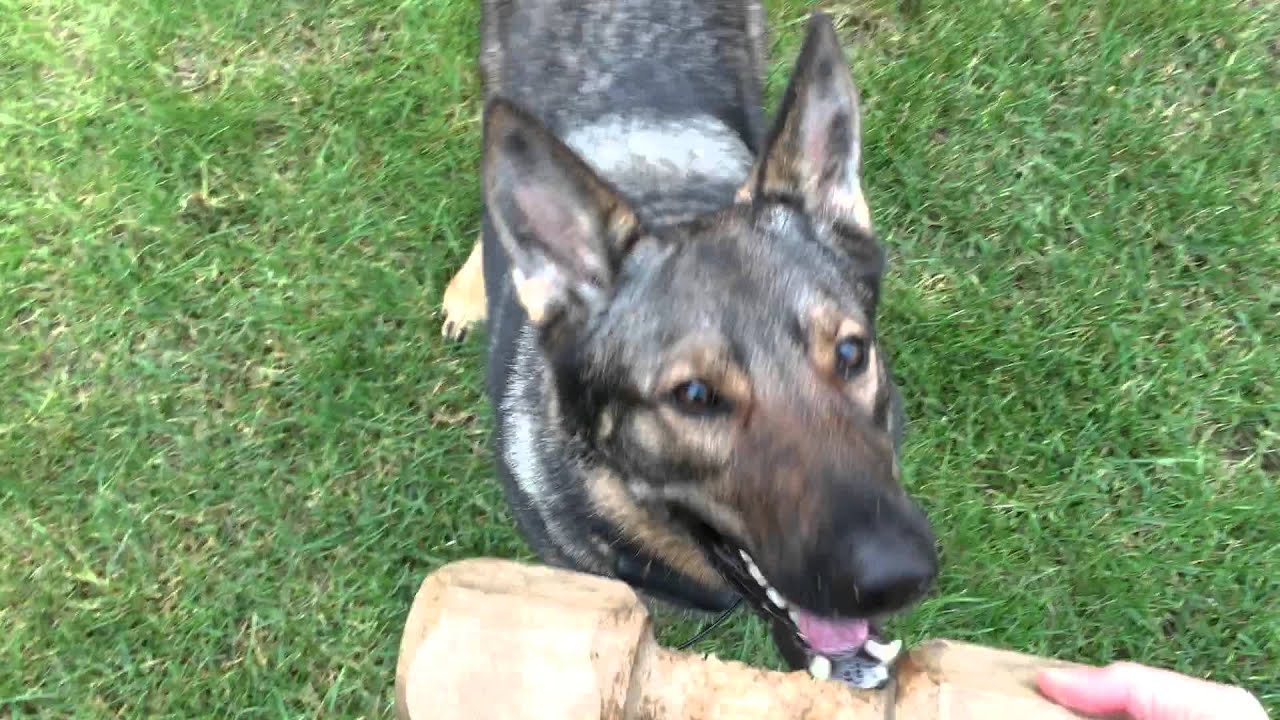 Schutzhund / IPO (now called IGP as of ) is a challenging 3 part sport which was originally designed as a breed test for the German Shepherd (to ensure the breed retained the genetic traits for tracking, obedience and protection) and has grown in to a popular sport, as well as continuing to function as a partial breed test. A Schutzhund title is a pre-requisite for the German Shepherd Breed Survey or Koerung.

As a sport, several countries hold regional and national competitions.

In Germany, the big trial each year is the BSP or Bundessiegerprüfung. There is also a world competition (WUSV) each year held under FCI international rules.

Several other working and herding breeds also compete in IPO and have their own National and International Championships.

There is also an all-breed FCI International Championship each year.

For me, it is interesting to train a dog in a sport where he uses aggression, most dog owners try to avoid aggression at all costs particularly in our litigious society where dogs are becoming less tolerated, particularly if they behave like dogs!

Schutzhund, when it is properly trained, provides an arena where you can learn about aggression and how your dog reacts to stressful situations. The dog also learns to control his drives and learns to obey his owner even when he is very excited. 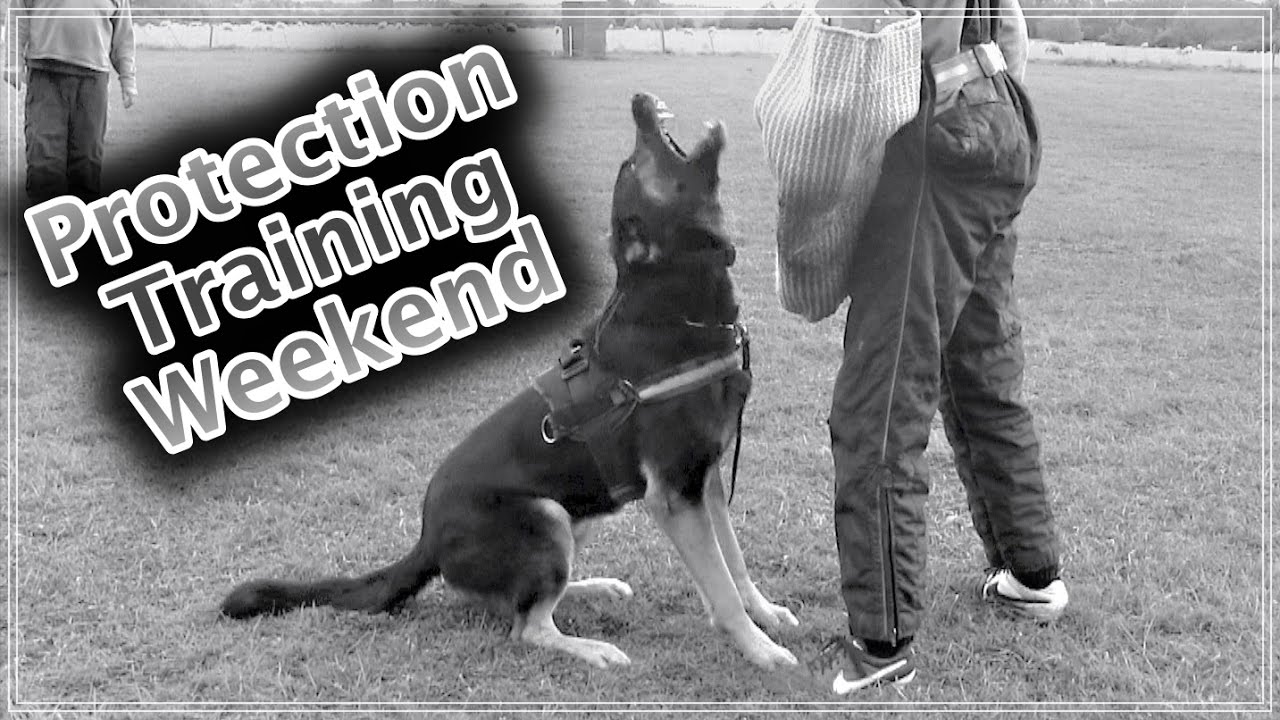 This can result in a very well-behaved dog. The duration and breadth of training also helps create a very close bond between dog and handler.

Some people who like to avoid aggression try to train Schutzhund protection as an obedience exercise, where the dog learns to bark to "ask for a reward", and gets the sleeve or "prey object" as this reward. They argue that Schutzhund is a game and their dogs will only bite a sleeve.

This concept is becoming more prevalent in trainers of the sport and is considered to be incorrect by those trying to maintain the natural abilities of the breed.

IPObservations Episode 1 The Elegance of IPO

Schutzhund in it's original form, was supposed to be a test, a dog should show aggression in the protection phase, the decoy, helper or bad guy, should be a worthy adversary, and the dogs courage should be tested. The protection phase at a trial should be more like a boxing match, not like a choreographed movie-fight. 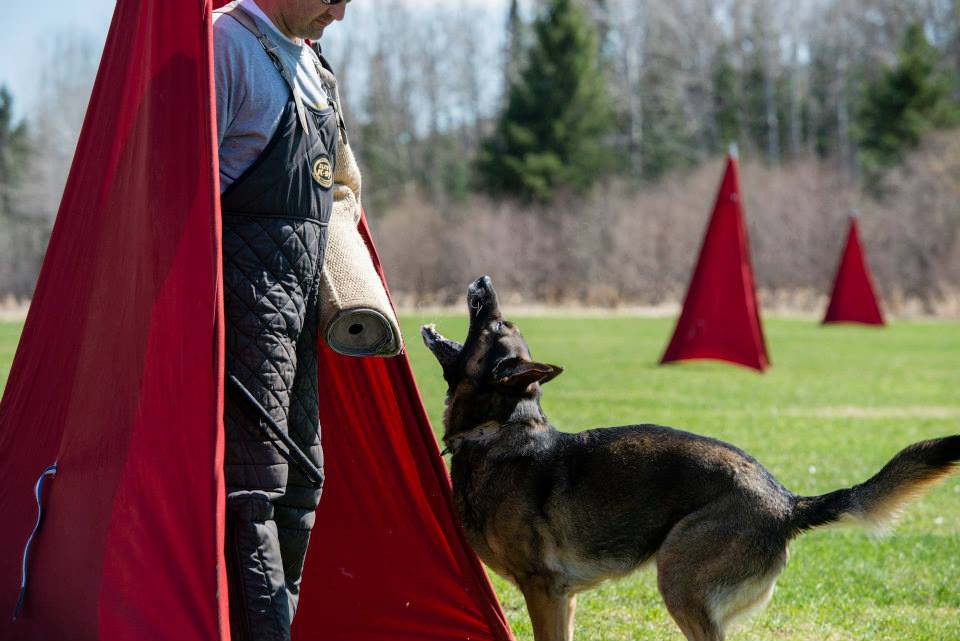 All dogs of any breed will bite if they feel that they are being threatened or cannot escape, so dogs do not need to be trained to bite! When we are training protection, we build the dogs confidence and encourage him to enjoy the fight, we often let him win, by the decoy showing weakness, we also work on control, we teach the dog when and where it is OK to bite and when it is not.

A dogs basic character, socialization and training affects whether he will be aggressive towards people.

A dogs genetics will define whether he has the protective instincts and courage to protect his family. Schutzhund training will not change this basic nature but will give the owner some idea of how their dog might react, and also enable the dog to remain under the control of his handler.

As far as home and family protection; in general, just the presence of a German Shepherd will deter any would-be attackers or thieves.